What is the most attractive eye colour?

The most beautiful eye colour can be subjective 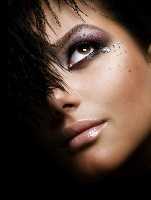 What Colour Eyes Are Most Attractive?

There is plenty of evidence around that suggests Blue is the most attractive eye colour, and when accompanied with blond hair it appears that magical combination.
We’ve all heard of the attractiveness of the blue eyed blond, what you may not know is that Green eyes are almost equally attractive.

Why Are Blue Eyes Considered The Most Attractive?

Blue eyes are undoubtedly seen as the most attractive eyes in the western world and rank quite highly in the east too, this may be in part due to stereotypes we were bombarded with as children, from the Disney princesses to leading actresses and actors in our favourite TV shows and movies.
From Grace Kelly to Margot Robbie and Frank Sinatra to Chris Hemsworth there’s no doubt blue eyes dominate the big screen.

Yougov states that 34% of British people find blue the most attractive eye colour; whereas brown gets 19% of the vote and  Green eyes get 14% although green eyes only account for around 2% of the population.

Depending what surveys you look at, green eyes can are up there with blue eyes on the attractiveness front.
This is a little harder to explain, it could be due to their rarity, although most of us can’t come up with a naturally green eyed actor or actress, Ben Whishaw and Scarlett Johansson both have beautiful natural green eyes.

The Most Beautiful Eyes Are Not Necessarily The Most Popular

Although blue eyes often come out on top in surveys asking what is the most beautiful eye colour, they are by no means the most dominant eye colour, according to worldatlas.com Brown eyes are by far the most common eye colour.

What Is The Most Common Eye Colour?

It may surprise you to learn that brown is the most common eye colour around the world with Grey eyes coming in last.

Different countries can perceive different eye colours to be beautiful, for instance South Americans appear to prefer brown eyes, whereas people from Kazakhstan prefer green eyes. To find out what coloured eyes are seen as beautiful if various countries around the world check out our interactive map Beautiful Eyes Around The World.

How Is Eye Colour Determined?

Your eye color is determined by variations in 16 different genes. These genes are mainly involved with production, transport, or storage of a pigment called melanin.
Your eye color is determined by the amount and quality of melanin in the front layers of your iris. People with blue eyes have a little amount of melanin whereas people with brown eyes have significantly more.


It has been estimated that 74% of the variance in human eye colour can be explained by one interval on chromosome 15 that contains the OCA2 gene.

Do All Babies Have Blue Eyes?

Can I Change My Eye Colour?

Your eye colour may be determined by your genes, but that doesn’t mean you can't experiment with other colours, many stars permanently wear coloured contact lenses to change their eye colour.

The best, safest and cheapest way to change your eye colour is with coloured contact lenses
It doesn’t matter whether or not you need glasses, most coloured contact lenses come in plano (no power).
It is so easy to experiment, why not try changing your brown eyes blue or your blue eyes brown? You can even have different coloured eyes for work and play!
If you like something a little different why not try Amethyst or Caribbean Aqua.

Cosmetic iris implant surgery is reputed to change eye colour permanently but there is little or no evidence to prove the procedure is effective or safe, it is yet to undergo trials and has not been approved by the UK, EU or US.

Are Eyelash Extensions Safe? How to use them with contacts?

History of Contact Lenses: When, Who, Where And Why Explained